Many of us wonder if hashtags work on Facebook.

Facebook is the biggest social networking platform, with 2.7 billion active monthly users. Despite that, it’s not one of the first social platforms that pop up when discussing hashtags.

Hashtags on Facebook were introduced back in 2013, but it remains one of the untapped resources. People are still unaware of whether and how they work.

If you want a direct answer to your question — do hashtags work on Facebook?

Hashtags do work on Facebook if you implement them the right way.

They work similarly on Facebook as they do on Instagram — users can enter a hashtag in the search bar and discover topics, posts they want to learn about. Or, they can click one to find more content on the related term.

When we searched for #veganrecipes, Facebook returned the search result with a feed of posts that contain this particular hashtag.

If you’ve spotted a sudden rise of hashtags in Facebook posts, you might naturally ask whether you should use them too.

Hashtags turn topics and phrases into clickable links in posts on your profile or Page. When people click a hashtag or search for a hashtag, they'll see results that contain the hashtag so they can learn more about topics that interest them.

You can use them in profile or page description, images, videos, articles, and posts.

Here are three reasons to use hashtags across posts and campaigns:

Simply put, by labeling your posts using hashtags, you can categorize content and make them discoverable organically.

This is what hashtag search results look like on Facebook. As we entered #nachochips, Facebook’s algorithms quickly identified content matching the hashtag and made them visible to us.

Now we can even scroll further down to explore more if we want to. The same thing applies to other users.

Encourage your followers to engage with you by using unique hashtags. Here’s an example to inspire you:

Coca-Cola encouraged and inspired users across social channels to use their hashtag #shareacoke along with an image and description. This campaign has since garnered over 1 billion impressions, shares, mentions, and user engagement. Moreover, this campaign helped Coca-Cola increase sales.

And as you can see from the image below, Coca-Cola lovers worldwide continue to publish content using their hashtag #shareacoke.

Taking cues from Coca-Cola, you can also start a conversation with your audience around a topic and encourage them to join you by using branded and campaign hashtags on Facebook.

By doing this, their marketing team was able to target more users and bolster its brand presence.

Hopefully, now you’re convinced that there are good reasons to use hashtags on Facebook. So be an early adopter of the best practices and reach your marketing goals faster!

And most importantly, don’t forget to test different ways to use hashtags on Facebook and monitor their performance. This way, you’ll have a better understanding of what’s working and not working and shift your Facebook hashtag strategy accordingly.

Get tips and tricks for growing your social media and leveraging the power of hashtags straight to your inbox. Zero spam. We promise.

A Guide to Running a Social Media Giveaway
Before launching social media giveaways and contests on social media, there are some important points you should know about! We've tried to make it as easy as possible by covering a few points so you can run your next giveaway the right way!

How to Use Hashtag Expert: A Complete Guide
Say hello to the best hashtag generator for social media, Hashtag Expert. Personalize in easy steps and sit back. Our AI will do the hard work to get you customized suggestions, hashtags by niches. Explore app features and sign up for a free trial. 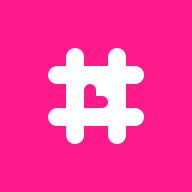 Hashtag Expert
Is TikTok Right for Your Business?
Is TikTok right for your business? How can you know if TikTok is the best choice for you? There are a few factors you should consider before marketing on TikTok. We break down what to look at so you can judge for yourself!

Thank you! Your submission has been received!
Oops! Something went wrong while submitting the form.
Text Link